Tet Nguyen Dan, the Vietnamese New Year
I thank God every day for being able to live in this era that thanks to technology allows me to know the customs, cultures, places and people all over the world as I would never have thought you could do.


Being united by the same passion, 3d modeling and rendering, it is already a way of exchanging experiences and opinions that enriches us every day, but believe me, I remain charmed when I find myself in front of an model like this because I think that Lè Gia,  the architect who modeled it,  did 10 times the effort that I do.

A Christmas scene, (sketchup 8 , vray setting)  rich in all the details that set characterize the Vietnamese tradition.  Download and open the 3d model , look closely at the details and you will see that it is much better than studying a book on the history of costume.

I apologize to all Vietnamese friends for my ignorance, and thank you very much for the explanation Nguyễn Đức This is not a Christmas scene although the setting could lead one to believe instead it is a great tradition that is called: Tet Nguyen Dan is the Vietnamese New Year and is the most important celebration of Vietnamese culture


Tết is celebrated on the same day as Chinese New Year, though exceptions arise due to the one-hour time difference between Hanoi and Beijing resulting in the alternate calculation of the new moon. It takes place from the first day of the first month of the Lunar calendar (around late January or early February) until at least the third day. Many Vietnamese prepare for Tết by cooking special holiday foods and cleaning the house.


There are a lot of customs practiced during Tết, such as visiting a person's house on the first day of the new year (xông nhà), ancestral worshipping, wishing New Year's greetings, giving lucky money to children and elderly people, and opening a shop. More information is available in Wikipedia
download  HERE Christmas scene living room #19 36 MB
Render vray 1.6 by Lè Gia 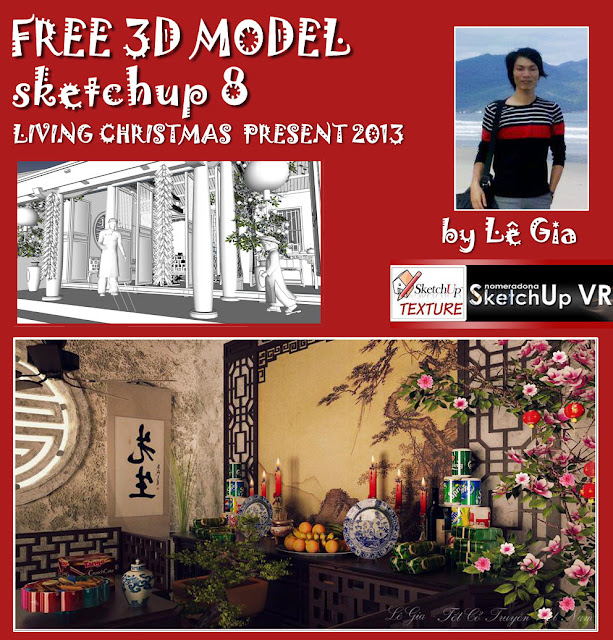 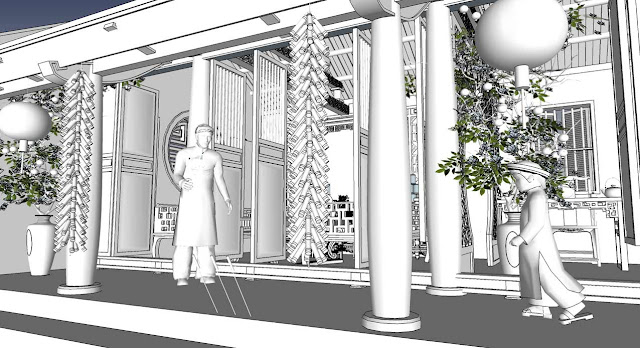 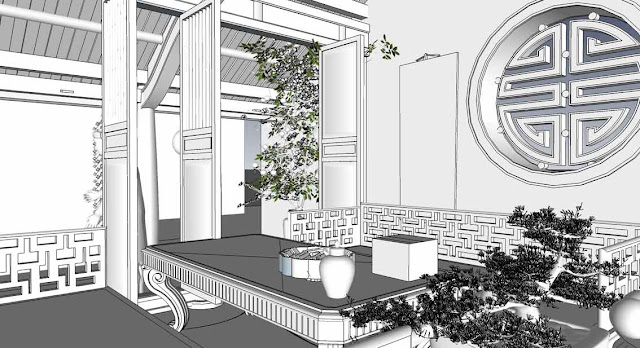 This work is licensed under a
Creative Commons Attribution-NonCommercial-ShareAlike 3.0 Unported License.
Pubblicato da Rosanna Mataloni a 12/18/2013