The cultural association archiSTART, under the patronage of the Municipality of Melpignano (LE), announces the results of the international competition of ideas "Taranta Power Station" for students and recent graduates, with the theme design of a multifunctional building adapted to receive service areas for the event of the Notte della Taranta and teaching spaces and museums for the deseasonalisation of the festival.

ArchiSTART is a nonprofit association that is the brainchild of three young graduates and encourages experimentation, growth and visibility of young designers who express themselves through contests of ideas. Added to this is the creation of a platform to service the Public Administration for the identification and investigate topics of urban and architectural character not included in the territorial planning.

The first contest, in that we SketchUp Texture we gave our broader and convinced support, has had great resonance both locally and internationally, involving more than 500 young people from all over the world. At the final stage of the competition have arrived 92 processed  (65 from Italy 10 from the rest of Europe, 12 from America and 5 from Asia ) with original ideas and different approaches among themselves.

The jury of the competition "Taranta Power Station", composed by architects Alfredo Forest, Toti Semerano and Simona Serafino, by Councillor Youth Policy of the Municipality of Lecce Ing Alexander Delli Noci and Professor Giuseppe Schiavone, president of the observatory urban Teknè, has stated 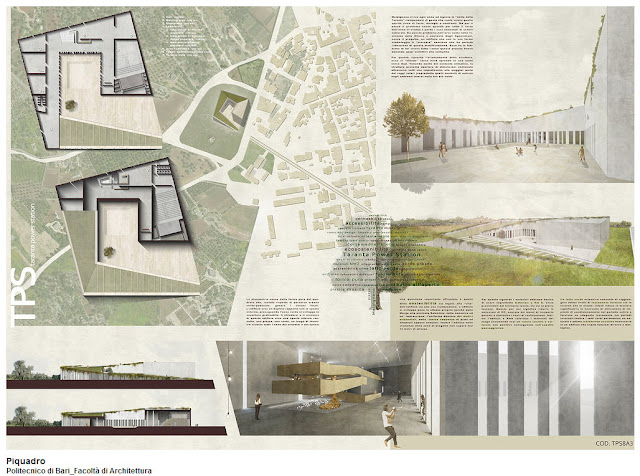 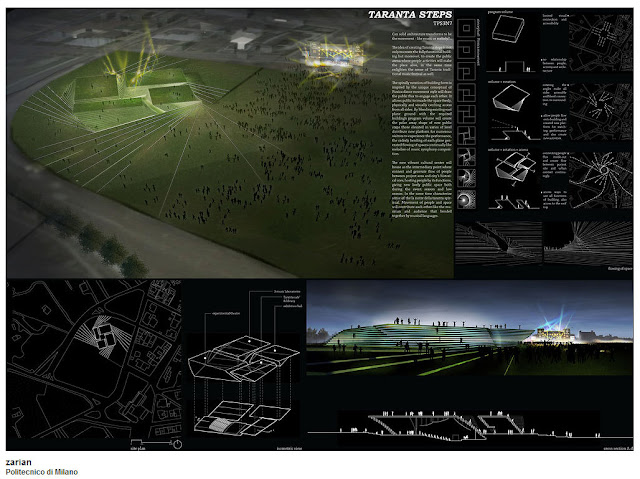 and the group PH2 (Claudio Bambagioni, Valentina Aloe) both at the Milan Polytechnic. 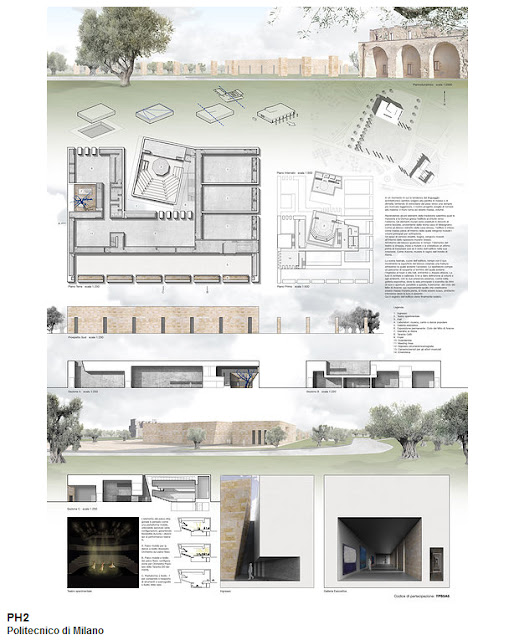 To the 3 winners go our warmest congratulations !
The winning projects are distinguished for the ability of the groups to read the area through the design of a building that improves and enhances the enjoyment of the event of the Notte della Taranta. The proposed ideas are an added value for the reference area and have a character of actual feasibility. Were assigned to eight honorable mentions to those projects that have been able to interpret the notice and generated interest in the jury and appreciation.

The full results, as well as all the tables of the participants in the competition are available on website ArchiSTART To the success of this first initiative will be followed by exhibitions, events and other competitions of ideas aimed at young students in areas of relevant local and national interest.
Pubblicato da Rosanna Mataloni a 11/17/2013