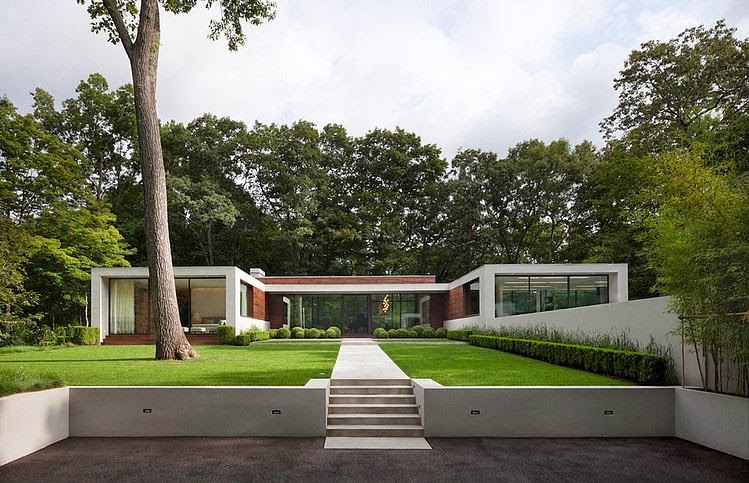 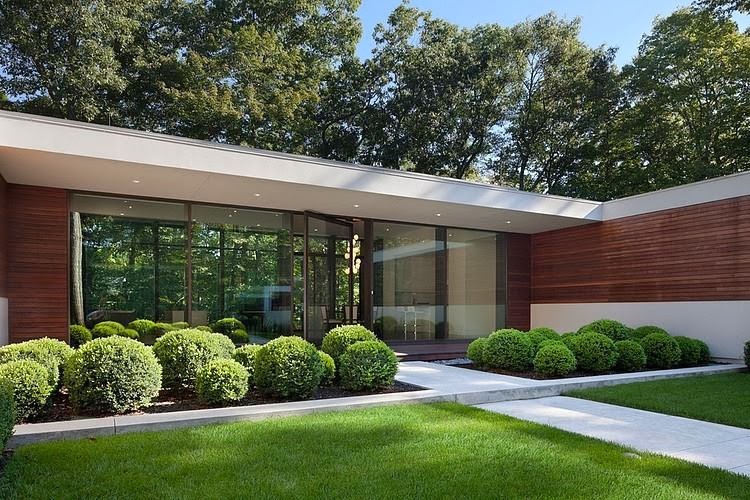 Through our friend K'rel SonOf Isa we asked at the architecture firm Specht Harpman, permission to remodel in 3d to use it as the subject of our challenge in February 2014. To our great joy, the architect Harpam  has given his consent, and Karel SonOf Isa was put to work immediately for the construction of the 3d model.
Their project  New Canaan Residence that is a new modern residence  is nestled into a lush hilltop site in the Connecticut woods. Perched amongst old-growth trees, this 2010 house is a mild-century modern beacon. By creating unassuming but direct paths into the dramatic glass entryway.
Specht Harpman designed the house to welcome its owners and their visitors into what feels like  a floating pavillon in the tree canopy. The swimming pool area and separate cabana emphasize the project's strong lines and classically modern roots

Canaan Residence is a really villa designed by Specht Harpman was recognized in Wallpaper magazine's Architects' Directory as one of the "top 50 up and coming architectural practices from around the world." The firm recently received an Honor Award from the American Institute of Architects (Austin) for Doyle Hall at St. Edward's University. Specht Harpman has been listed among the "Emerging Voices" by the Architectural League of New York, "Tastemakers" by House and Garden magazine, and as one of New York City's "Top 100" architects by New York Magazine.
The firm has been honored with a number of design awards, including those from the Texas Society of Architects, New York AIA (American Institute of Architects), Austin AIA, and two Design Distinction awards from I.D. Magazine. The work of Specht Harpman has been published in many national and international publications, including The Wall Street Journal, Dwell, Metropolis, Architectural Record, Architecture, AD, Architectural Digest, Residential Architect, Interior Design, Texas Architect, Interiors, The New York Times, The New York Times Magazine, Wired, New York Magazine, and W magazine, as well as on HGTV. 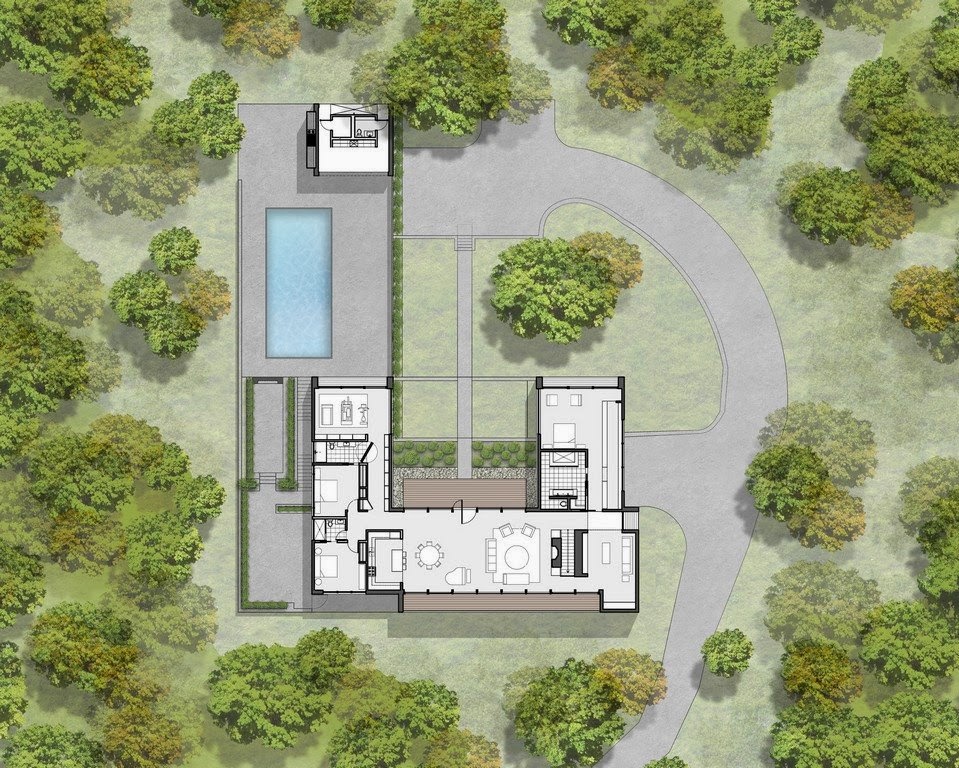 RULES
1 - anyone can participate, as long as they joined the group 3D CHALLENGE , using any rendering engine;
2 - you can replace the textures, but does not change the appearance of the project. The model does not include the furnishings, those who want to can, using the photographs of the project, add them order to propose views of the interior
3 - Maximum number of render to every author 3
4 - Are considered valid only the artworks included in the official album  HERE ( please, included in the album only the final rendering )
5 - Each job must contain the following information:  name - surname - nation - rendering engine used
6 - Hach art work must carry the logo  of the group 3d challenge that was included in the download
7 - The final date of submission of entries is March 21, 2014  at midnight Italian time 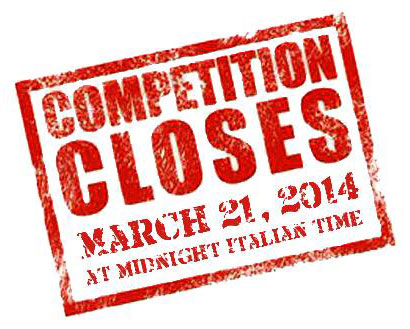 WINNERS
The 10 art work selected by popular vote,  added to the 10 works selected by admins , will constitute the list of TOP 20 best entries. The jury will select the winner in the list of top 20.
Among these winners will be 2
1  winner of the popular vote
1  winner selected by the jury
Method of evaluation of the technical jury :
Realism 35 pts / Composition 20 pts / Ligthing and texturing 25 pts / overal impact 20 pts

PRIZE
We will promote the winner using blogs, news, and awarding the title 3D Challenge monthly winner which is a great thing for your portfolio.
The comparison of the works on the same theme allow you to learn from those who have already gained a greater knowledge of rendering techniques giving you the opportunity to improve your performance, and this is already a big gain for your future
Let not the material prize is the motivating factor here, rather the spirit of challenging ourselves through excellence and sharing.  Through this you can earn the biggest prize....The knowledge and the respect !

SketchUpArtists.org would like to contribute  with one of their exclusive black T-Shirts bearing the SketchUpArtists logo to the first place winner  3D competition! So hurry and get your entries in now to get the opportunity to get your hands on one of these rare T-Shirts, last seen at SketchUp Basecamp


1) - Download HERE sketchup 3d model  Canaan Residence by Specht Harpman architects
2) - by this link to all the details of the original project
However, if some company would be interested in sponsoring  this challenge with a material incentive, will be welcome! You can contact us by writing to info@sketchuptexture.com

all rights reserved  (take note of our disclaimer)

This work is licensed under a
Creative Commons Attribution-NonCommercial-ShareAlike 3.0 Unported License.
Pubblicato da Rosanna Mataloni a 2/21/2014