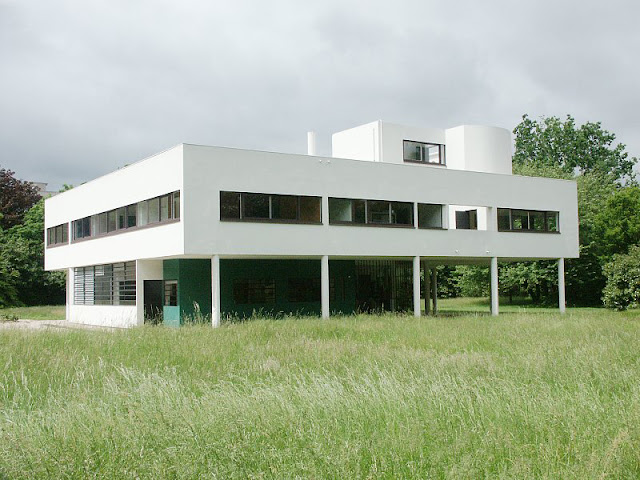 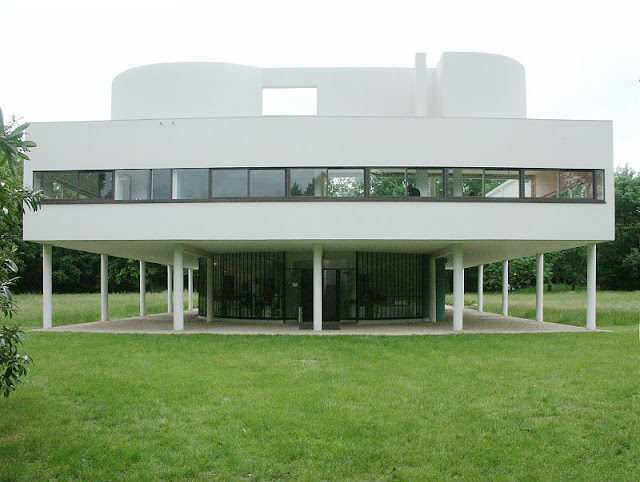 2 - there are no limits on the number of scenes that competitors can submit but it is important to    clearly specify, the name and surname and  engine used.


METHOD OF EVALUATION OF THE TECHNICAL JURY
In order to create a level playing field,the jury will vote on the basis of the following criteria
Lighting 20%,
realism 30%,
composition 20%,
overall impact 30%

SOME HISTORY
One of Le Corbusier's most important works, the Villa Savoye is dramatic in its apparent simplicity. It is viewed as the climax as well as the end of his works done in the so-called Purist style. Important stylistic features include facades that are essentially similar, without an obvious traditional front facade; a smooth white (that is "pure") reinforced concrete surface with continuous horizontal (ribbon) windows in the first floor and without historical ornament; a dark green base and supporting pilotis (slender columns) which raise the building so it appears to be floating; a flat roof with a garden or solarium; an open plan which leads to the interpenetration of inside and outside.

This now iconic building was commissioned by Pierre and Emilie Savoye who owned the land overlooking the Seine. Monsieur Savoye, a wealthy insurance company director, wanted a country home for weekend retreats and entertaining. This home in meadows surrounded by woods was a short car ride from Paris (30 miles from Paris). The size of the house was in part determined by the turning radius of a 1930s limousine. Incorporated into the ground level the green base is a three car garage.

It was subsequently evident that the house was not comfortable so the owners abandoned using it. During World War II German occupying forces lived in it and later Allied troops used it as a barn. It barely escaped demolition and in 1964 was listed as a public building. Since then it has undergone three series of restorations, the most recent in 1996-97. About a half hour by public transportation, Villa Savoye is now a pilgrimage destination for students of architecture.
Villa Savoye DOCUMENTATION AND PICTURES click HERE