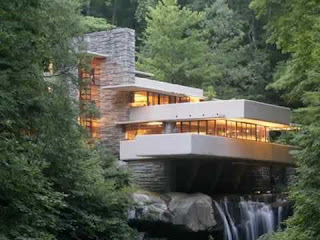 RULES
1 -  the challenge is open to all affiliate in the group You can use any rendering engine
2 - there are no limits on the number of scenes that competitors can submit but it is important to clearly specify, the name and surname and  programs used-
3 - Entries must be uploaded into the album SKP CHALLENGE no later than JUNE 30th (Entries   not included in the photo album will not be taken into account) This is the link to the album

METHOD OF EVALUATION OF THE TECHNICAL JURY
In order to create a level playing field,the jury will vote on the basis of the following criteria
Lighting 20%,
realism 25%,
composition 25%,
overall impact 30%.


Here is the POST.
Here is a very stimulating rendering challenge. Rendering .Fallingwater HOUSE  by F.L. Wright
Fallingwater is the name of a very special house that is built over a waterfall.  Frank Lloyd Wright, ’s most famous architect, designed the house for his clients, the Kaufmann family.  Fallingwater was built between 1936 and 1939.  It instantly became famous, and today it is a National Historic Landmark.
Why is it so famous?  It's a house that doesn’t even appear to stand on solid ground, but instead stretches out over a waterfall. It captured everyone’s imagination when it was on the cover of Time magazine in 1938 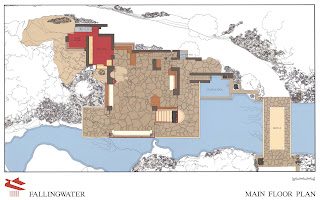 A set of scale drawings of the house were completed several years ago by L. D. Astorino, an architectural firm located in .  These drawings provide a site plan, detail of each level of the house and the guest house and servant's quarters.  A set of these drawings is available for your use for school and other projects.  To download these in pdf format, click the link below


HAPPY BIRTHDAY Frank Lloyd Wright :-)
Watch it because it's really fantastic! see the animation of the construction of the house on the FallingWater 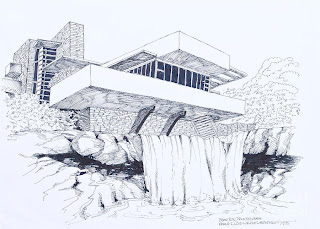 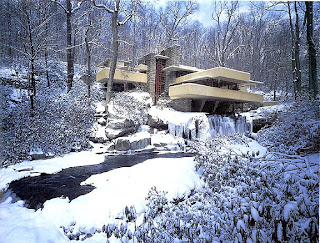 detail the wall, floors and windows
to see the enlargements of the original photos click here